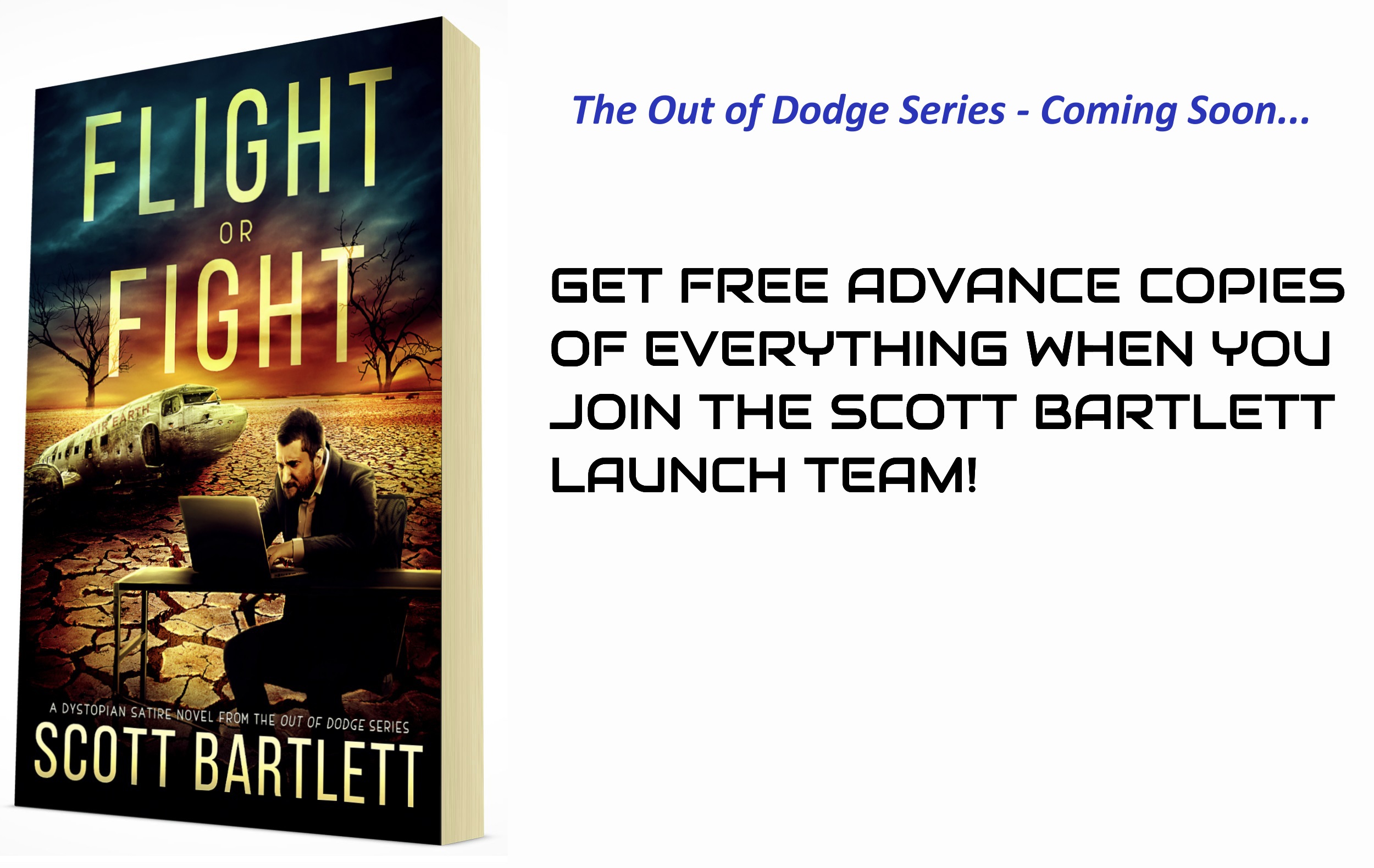 Scroll down for more information...

As you probably know, authors wouldn't be anywhere without our readers. Success used to be about who you knew in Big Publishing, but nowadays there's only one group of people who really matter to authors - and that's YOU, the reader.

That's certainly true for me, so I'd like to encourage my readers to join me on my journey. After all, it's thanks to you that I get to be a writer in the first place - shouldn't you get to feel part of that somehow? It's your encouragement and kind reviews that keep me coming back to write these stories, but until now I've never had a way to follow all the wonderful things you've been saying about my work - meaning I haven't been able to thank you personally.

I think I have a solution. I've decided to officially launch the Scott Bartlett Launch Team, and I'd love to have you on board.

Sign up below to join the Launch Team and in return you'll get:

This is different from being part of my mailing list - you'll be part of a select group of super-awesome readers. And, in addition to getting free copies of EVERYTHING I release before anyone else, you get to see exactly the effect your support has on the success of my work. Think of this as VIP Membership. Or maybe as joining an Elite Squad of Ninja Readers.

If this sounds like something you'd like to be part of, there's only one caveat. Being part of the Launch Team means you'll be asked to leave a review of the books you receive within a certain time period after receiving your copies (usually 1 - 2 weeks). As far as catches go, I'm hoping you agree that's a reasonable one! So, if you'd like to join the team, just sign up below!

After you've signed up, you'll be asked to confirm your email address and I'll send you more details. As always, if you have any questions at all, please feel free to email me at scott_t_bartlett@hotmail.com or get in touch via Facebook here: http://www.facebook.com/scottbartlettauthor

Thank you for all your hard work and support!